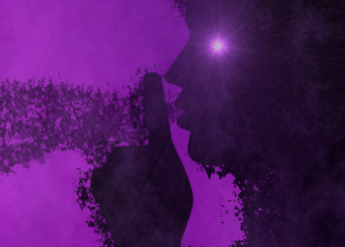 Yesterday, we released Patch 0.1.4, one of the biggest patches so far, that fixes a critical bug that crashes the game, adds 8 new cards and 14 new card arts besides some other changes. We’ll go into details right here:

Frenzied T-Rex – For 8 resources, you could gain an 8 attack, 8 life,  4 movement dinosaur with Ready that can attack any number of times as long as it kills a unit. The point is, he almost always kills a unit when he attacks. For 8 he is really strong and probably the strongest non-Fused unit in the game. We decided to reduce his attack from 8 to 6 for now so that some units might survive his deadly bites.

Shadowstep – Shadowstep is Dream’s core mechanic. In general, you can deploy units in your own buildrange. Shadowstep units may, alternatively, be deployed next to a hostile unit. We wanted to create the feeling of units popping out anywhere out of the shadows and the always present fear of Dream units. But, we found out that Shadowstep units do not differ much from a Fireball or some other direct damage spell. In general, you play your unit next to a hostile one and both die. This way, you cannot protect your units from Dream, no matter where they are positioned. We changed Shadowstep, so that it allows you to deploy Shadowstep units next to other friendly Shadow units. This way, we encourage you to break through with a Shadow unit. You’ll get the reward of deploying other units next to it. But the opponent can counterwork and kill your Shadow units to protect his base. We think, that the change, while weakening Dream, will result in better and more fun gameplay.

Quicksand – Quicksand is a field trap with radius 1 for 5 resources that obliterates a hostile unit that enters the trap. Obliterate means the unit is removed from the match, not sent to graveyard, does not trigger any effects due to its death, it just ceases to exist. Its the first implemented Archaeology card that handles hostile units.

Sheepshift – Sheepshift is another way for Magecraft to handle hostile units. For 4 resources, you transform a hostile unit in a 0/1/1 Sheep unit. No need to even kill it afterwards…

Profane Scavenger – We want to encourage each faction to have different playstyles around the same theme. While you can create huge fused units in Archaeology and reanimate them with Pyrasol Infinitum as long as you have the right units in your graveyard, we also want to encourage a playstyle where quantity (not quality) in the graveyard matters. With Profane Scavenger you’ll get a unit with 4 movement for 6 resources and attack and life equal to the number of unit cards in your graveyard. So if you dump about 20 unit cards in your graveyard, you will get a 20/20/4 for just 6.

Weird Solarist – One of the core problems of Archaeology’s Fuse mechanic is the card disadvantage. By creating a stronger unit using a Fuse card you essentially risk that an action can destroy two cards at once. Weird Solarist removes this disadvantage by drawing you a card when he is fused.

Fuse Bomb – Sometimes you need a finisher. Fuse Bomb is such one. The card allows you destroy one of your own units in order to deal damage equal to its attack to each adjacent unit or building (even your own). This allows you to essentially double attack. So if your fused Frenzied T-Rex attacks the hostile Main building for 10 and you play a Fuse bomb, you win in just one turn.

While we’re still in pre-alpha and there are features more important than aesthetics, it is important (especially for new users) to get feedback on what happens in the game. We added a sidebar on the right side in the ingame screen that tracks all actions that are played and shows traps that have been triggered. There’s the usual mouse overlay with a huge preview card as well. In addition, when entering a trap, there is a small delay so that you can where the trap was placed on the green. We hope that the visual feedback will give you a better play experience and a better learning experience concerning the cards in Ira Chartarum.